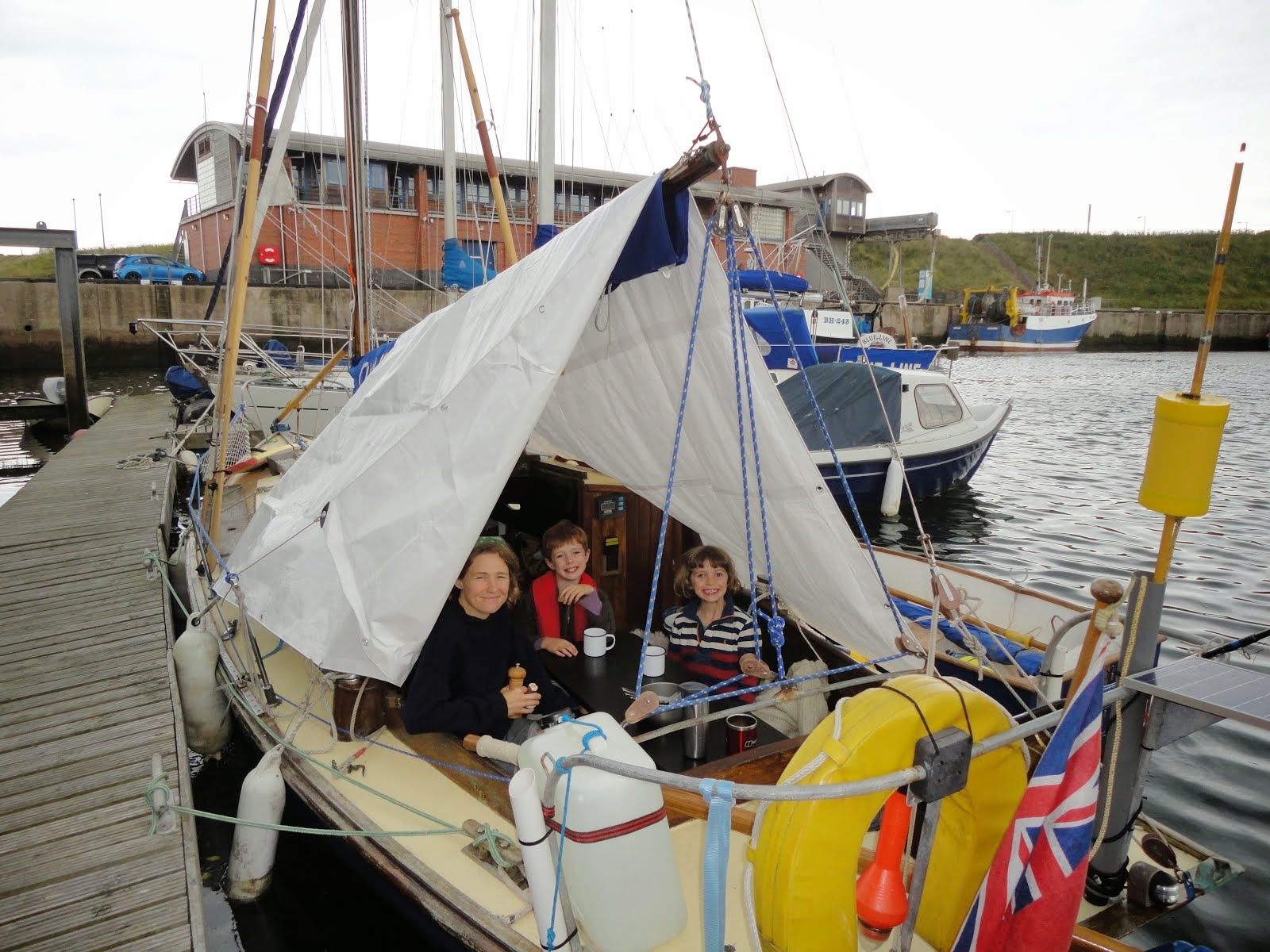 Since my last post to this blog we have been out on two family sails. The first last week in rough conditions to help Freyja understand that we can come straight back in when it's too much for her while see grows her sea legs. We left the harbour and turned around and came back in, it was a good lesson. Jenny was amazed that the sea jumped about so much and chuckle just bob about so easily ontop of it! On Tuesday we went out in calm sea and light wind, it was bliss, Freyja was a bit shocked to see it so flat after last week and we all had big grins. Jenny was happy on the helm trying to predict where the confused wind was coming from, there appered to be a sea breezing coming in under the off shore northwesterly. It was easy for Freyja and Fergus to explore the deck hanging there feet over the bow, and moving at only 2 knots it was easy for me captain daddy to fish mackerel over the stern, 8 big ones went in the bucket. After 3.5 hrs and a slow 5 NM we came in. On this short passage we saw two dolphines, some seals up close, puffins diving and low flying scewers. In harbour we had arranged to sleep on board, we let Fergus and Freyja get the dingy inflated and while tied to the mother ship they messed about practicing there rowing skills with BT our dog as passenger. Our nabourghing fishing boat gave us some boiled prawns and I cooked the tea. It was along time before the wee ones settled down 9:45pm, mum and dad crashed out shortly after a bear in the cockpit and quietly watching an otter.
Posted by Thomas Hawson at 00:54